It is not the strongest of the species that survive, nor the most intelligent, but the one most responsive to change. – Charles Darwin

For over a century photographic giant Kodak was the leader in its field. By 1976 it was arguably at the top of its game. Its products accounted for 90 per cent of film and 85 per cent of camera sales in the US.

A year prior one of its engineers had also invented a digital camera. The trouble was, management didn’t quite understand its potential and how a camera without film could benefit their business model.

So begins the story of Kodak – one of the world’s most innovative and successful companies, who in 2013 filed for bankruptcy after failing to adapt to change.

And they are far from alone. Many a lofty enterprise has nigh on lost it all due to missed opportunity and failure to innovate.

Here’s an insight into 10 big businesses who nearly lost it all because they failed to respond to change.

If you had a mobile phone in the 1990s, chances are it was a Nokia. After being the first company to develop a cellular network, it was a global leader in the sale of mobile phones.

That was until the early 2000s, when Nokia missed a massive opportunity that many of its competitors seized. As mobile internet rolled out, others started developing software systems and apps. Fearing it would alienate its customers, Nokia maintained a focus on communication by voice.

Less than 20 years ago you could find a Blockbuster Video in nearly every retail precinct. The company pretty much owned the video rental space, but what they failed to anticipate was the impact of video streaming.

Legend has it they misread it so badly they knocked back an opportunity with Netflix, who in 2000 proposed a partnership to run Blockbuster online.

Not so long ago, Yahoo was one of the biggest players in the online space. It held a lion’s share of online advertising, was one of the major search engines, and held a major stake in email.

Its hold on the internet realm was reportedly so big, it was offered the opportunity to purchase both Google in 2002 and Facebook in 2006.

But rather than hone the search engine experience, Yahoo chose instead to focus on media. In 2017 Yahoo was acquired by Verizon.

In the early stages of social media, Myspace led the pack. From 2005 to 2009 it was the largest social media site in the world …that was until Facebook entered the fray.

While Facebook opened itself to developers and applications, Myspace held tight to its real estate and failed to embrace opportunity.

The result was a clunky consumer experience and advertising content that failed to impress. In 2011, Myspace shifted its focus from social networking to entertainment and music.

Throughout the 1990s there was one brand that dominated the music delivery scene – Sony with its compact and oh-so-popular Walkman.

What Sony failed to appreciate, however, was the impact of digitisation. They had the content, they had the engineers, but they just couldn’t foresee a way forward without cannibalising their own business. In the end the Walkman was consumed anyway, initially by mp3 players followed by the prolific success of the iPod.

From 1976 to 2003, Concorde was considered the pinnacle of aviation, with a plane that could cross the Atlantic in less than four hours.

Despite its speed and distinct design, by the noughties Concorde’s flight of fancy was over. In an era of improved environmental responsibility, Concorde just couldn’t keep up.

Holden was once one of Australia’s most iconic brands. For decades they had been the preferred car manufacturer for Australian families.

But Holden failed to see the writing on the wall as the appetite of consumer’s changed and cars began to get smaller. Primarily a large car manufacturer, rising petrol prices and a shift towards smaller vehicles signalled their demise.

Up until recently Toys R Us was one of the world’s leading toy stores, with outlets around the globe, but it missed a major opportunity in the world of e-commerce. Many argue it also missed the boat on an improved customer experience, meaning it was neither a place to go nor an online option to consider.

After 70 years relieving children of their pocket money, Toys R Us officially went bankrupt in 2017 and started closing its US stores in 2018.

Netscape Navigator was instrumental in the rise of the internet, offering the first commercial browser that allowed users to easily search the net.

So, what killed Netscape? Two words…Internet Explorer. The demise of Netscape is largely attributed to Microsoft bundling Internet Explorer in with its Windows software.

Netscape officially shut down in 2008.

Apple may now rank as one of the top three companies in the world, but in 1997 it was on the verge of bankruptcy.

In the greatest corporate comeback of all time, Steve Jobs returned to the company and, courtesy of a large financial contribution from Microsoft, began to turn things around with a wealth of innovation.

First came the iMac, then the iBook, followed by the iPod, the iPhone, and ultimately the iPad.

The rest as they say is history. It’s the greatest corporate comeback story, driven by a constant commitment to embracing change.

At Openseed we work with business to understand the internet playing field and how you can harness a changing landscape it to showcase your strengths.

We create intuitive branding, websites and quality content strategies that reflect the internet trends as they are now and will be in the future. Among the tools we harness to leverage your content for the greatest reach is Video, and we employ it on websites, social media and within advertising campaigns. 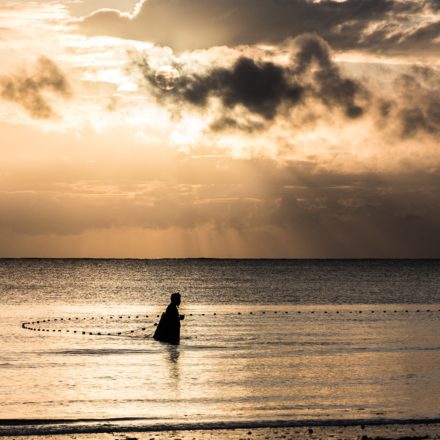